His first live talk for more than a year will be about lyrebirds, presented in Murwillumbah on 11 May.

On 29 May he will talk with bird photographer Leila Jeffreys about pigeons at Manly Art Gallery (via Zoom).

Tim’s most recent talks were bird talks for the Nuttall Ornithological Club in Cambridge, Massachusetts, and Ecology in the Pub in Mullumbimby, achieved via Zoom. Since the publication of Where Song Began Tim has given bird talks at many events, including bird festivals in Shoalhaven Heads, Kakadu, Alice Springs and Albany, and at Springwood in the Blue Mountains, where he drew record crowds, and at the Cornell Lan of Ornithology in upstate New York and Audubon Society of Northern Virginia in Arlington.

He has also spoken about his book The New Nature at many events, including as a keynote speaker at the Australian Wildlife Rehabilitation Conference in Sydney.

From 2006 to 2016, Tim was a guide each spring on the Christmas Island Bird’n’Nature Week, during which he explored the island’s ecology. From 2017 to 2019 he was a tour leader in Borneo instead, with British company Naturetrek.

Tim has appeared on many television and radio programs, including a TV New Zealand episode named ‘Feral Future’ after his 5th book. Tim was the voice of radio advertisements aired when Brisbane City Council introduced vegetation protection in the 1990s.

Topics that Tim often speaks about include climate change adaptation and invasive species problems and management. At the Queensland Government’s first Natural Resources Conference he was engaged by the government to provide the address about pests and weeds and the associated policy challenges.

Some of Tim’s consultancy projects include a strong public liaison element, including addressing public meetings and meetings of landholders.

Tim has lectured and tutored travelling students from many American universities, both in classrooms and the field, also introducing them to wildlife such as leaf-tailed geckoes and snakes. He has interpreted the rainforest to Singapore Special School students visiting Christmas Island.

For upcoming talks look under news.

Public speaking is an important component of Tim’s work. Places at which he has spoken include Christmas Island, Kalgoorlie, Zimbabwe, the Canberra Press Club and on an Antarctic ice-breaker. 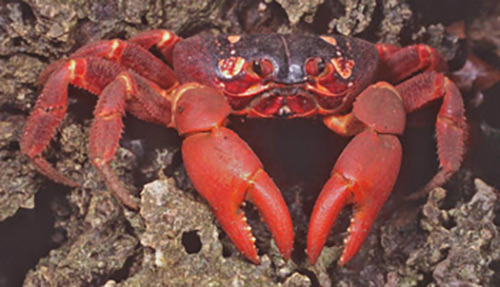 Red crabs are the main herbivores on Christmas Island, exerting profound impacts on plant success by consuming seeds and seedlings. The island provides insights into the world that would exist had vertebrates never evolved, something Tim talked about when he was a guide on the Christmas Island Bird’n’Nature Week. 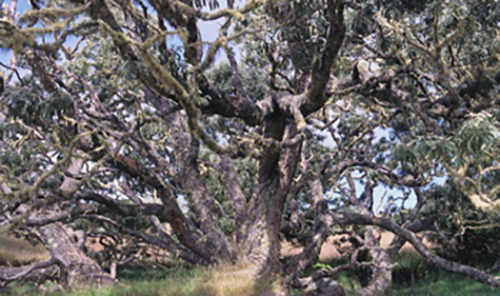 At the Hawaii Conservation Conference Tim summarised the importance of Australia as a source of species that colonise Hawaii, ranging from prehistoric colonists such as the koa tree (Acacia koa, illustrated) and various shrubs (Dodonaea, Goodenia and Myoporum species), to recent invasive species such as the paperbark (Melaleuca quinquenervia), silky oak (Grevillea robusta), and the grass skink (Lampropholis delicata).