Tim has written a detailed report about the controversial herbicide glyphosate, providing a perspective on its classification by the International Agency for Research on Cancer (IARC) as a probable carcinogen, and considering the implications for the environment if it is banned.

The Guardian published a long article, War of the Weedkiller, based on Tim’s article, as did The Land. Tim was interviewed on several radio interviews about the report, which was published in November by the Invasive Species Council.

In November 2019 Tim travelled in Chile to see Gondwanan species for his next book. The Araucaria trees, closely related to Australia’s hoop pines, were one highlight, and so were seedsnipe, which have Australia’s endangered plains wanderer as their closest relative.

In August that year he visited northern China as a guest of the China Writer’s Association and Jilin Provincial Writer’s Association. With ten other foreign writers, mainly from Europe, and with Chinese writers, he was taken to Changbai, the tallest mountain in north-eastern Asia, straddling the border with North Korea; to Xianghai Wetlands to see endangered red-crowned cranes; and to Chagan Lake. Communicating through translators and phone apps, Tim talked about nature and writing with Chinese nature writers.

Tim provided a report for the Australian Federal Police and Director of Public Prosecutions about the threats to biodiversity posed by a man who was caught smuggling various reptiles and fish into Australia, several of which are highly invasive elsewhere in the world, such as snakehead fish and alligator snapping turtles.

Tim is spending much of his time working on his next book. 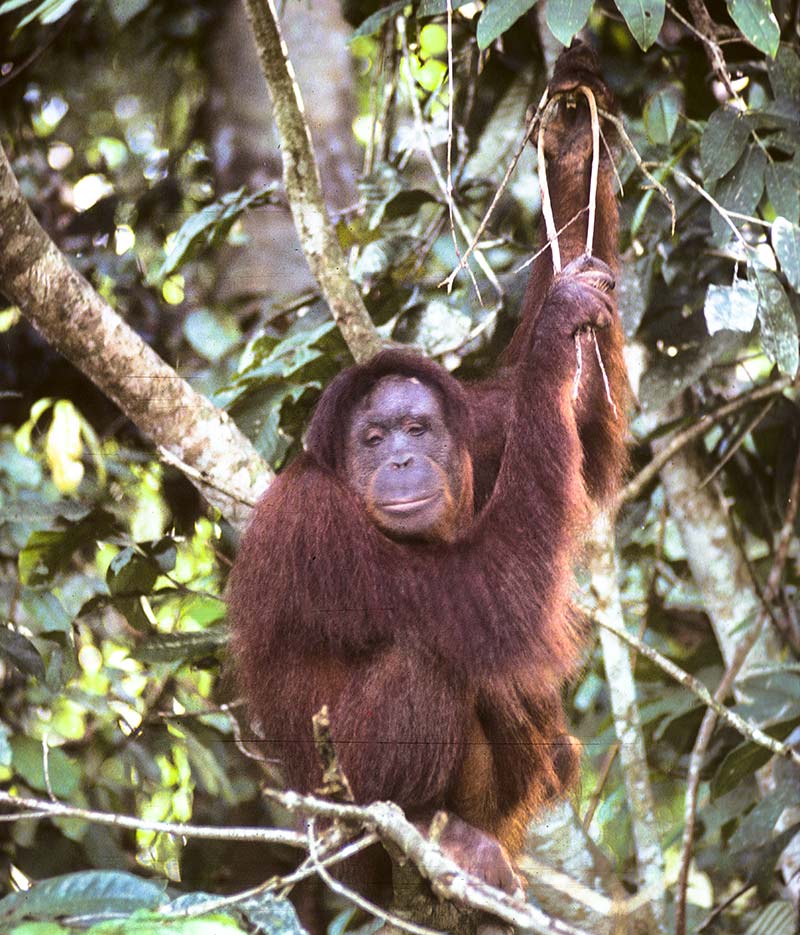 The Naturetrek tour led by Tim to Borneo in 2019 was a great success, with many special species seen, including a Malay porcupine, Sunda skunk, large frogmouth and two endangered otter civets that scampered across the road one night at Deramakot reserve.

A drought-induced fruit shortage was driving orangutans towards unusual foods, and one was watched eating palm shoots, and then chewing grass shoots while on the ground. One very large male was observed in Nypa palm forest beside a river eating palm frond pith. 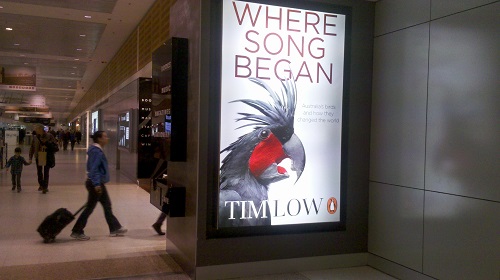 Tim has given fewer talks over the past year than usual, for obvious reasons. His most reason were bird talks for the Nuttall Ornithological Club in Cambridge, Massachusetts, and Ecology in the Pub in Mullumbimby, achieved via Zoom.

His first live talk for more than a year will be about lyrebirds, presented in Murwillumbah on 11 May.

On 29 May he will talk with bird photographer Leila Jeffreys about pigeons at Manly Art Gallery (via Zoom).

In the pre-COVID era, Tim was a keynote speaker at at the highly successful Bird Haven Festival at Shoalhaven Heads in October 2019. Also appearing were musicians Simone Slattery and Anthony Albrecht, performing Where Song Began, a wonderful musical celebration of birds inspired by Tim’s book. They launched their CD, which is available here. They can be seen performing here. Tim spoke briefly after their performance, which received a standing ovation. Simone was interviewed about this project in Limelight.

In early September 2019 people came to hear Tim speak about The New Nature in Newstead, Victoria, as an event hosted by Connecting Country and Newstead Landcare Group. Tim gave two other talks in the region, one as a keynote at the Wimmera Biodiversity Seminar in Rapunyup, an event supported by the Wimmera CMA and other groups, and a talk at historic Glenlyon Hall hosted by Wombat Forestcare. He was interviewed twice on regional ABC radio, and used the visit as a chance to see Ballantinia, an endangered cress in its own genus. He greatly enjoyed the company of local naturalists.

More news about The New Nature and Where Song Began can be found on the webpages dedicated to these books.