Australian wattles so often become invasive when taken somewhere new that any species proposed for introduction outside Australia should be subject to weed risk assessment, a process reviewed by Tim in a chapter about the precautionary principle. Wattles are serious weeds on every continent except Antarctica.

The following chapters and sections have appeared in various books.

The Big Scrub Rainforest (2017) is a book about the Big Scrub in northern NSW, in which Tim and Lui Weber have a chapter about dispersal of rainforest seeds, including by cassowaries in the past.

The Best Australian Science Writing 2015. An article about dust that Tim wrote for the colour magazine of the Weekend Australian was republished in this collection of essays.

When Is Nature Not (2011) in Freeman, C., Leane, E. & Watt, Y. (eds) Considering Animals: Contemporary Studies in Human-Animal Relations. Ashgate, Farnham. A chapter developed from an opening keynote address to the Animals and Society conference in Hobart in 2007, discussed further here.

Cattle Bos taurus (2008) in Van Dyck, S. & Strahan, R. (eds) The Mammals of Australia. Reed New Holland, Sydney. Although Australia has large numbers of feral cattle in national parks and on rugged leasehold land across northern and eastern Australia, they were missing from Australia’s main reference about mammals until Tim approached the new editor and was invited to fill the gap.

Dangerous Dichotomies (2007) in Lunney, D., Eby, P., Hutchings, P. and Burgin, S. (eds) Pest or Guest: the Zoology of Overabundance. Royal Zoological Society of New South Wales, Sydney. This contribution considers circumstances in which it can be unhelpful or limiting to portray native species as desirable and introduced species as bad.

Nomads who Inherited a Dreamtime (1992) in Everyday Life through the Ages. Readers Digest, London. (An overview of traditional Aboriginal lifestyles.)

Explorers and Poisonous Plants (1987) in Toxic Plants and Animals: A Guide for Australia. Queensland Museum, Brisbane.

Tim was also a contributing editor to Magic and Medicine of Plants, a full colour hardback book published by Readers Digest. 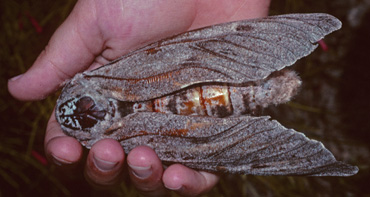 Up to 30 grams in weight and heavier than a sparrow, the world’s heaviest moth is the giant wood moth (Xyleutes boisduvali). The larvae, which are borers in eucalypt trunks, were eaten by Aboriginal people as witchetty grubs. This moth, among others, was featured by Tim in the Reader’s Digest Encyclopedia of Australian wildlife. 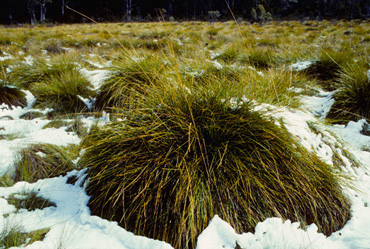 When is Nature Not criticises as simplistic the depiction of Australian landscapes as artefacts: “The Oxford English Dictionary defines an ‘artefact’ as ‘the product of human art and workmanship… as distinct from a similar object naturally produced.” This is not a valid way to think about Australian landscapes in which human ignition was only one force among many.” The evolved flammability of certain plants has played a more important role.

“Islands are often more susceptible to invasive species than continents, and in this respect, Australia—known as the “island continent”—has proved more like an island than a continent. Its diverse biota, which evolved in isolation, has proved very vulnerable to introduced predators and pathogens. Many Australian species are now endangered or extinct as a consequence.”
– from Encylopedia of Biological Invasions