Although neither large nor colourful the brown stag beetle (Rhyssonotus nebulosus) looks impressive when viewed closely. Because it is also easy to breed, it has entered into the international pet trade via smuggled specimens. This beetle was photographed in a bushy part of Brisbane.

Tim Low spends substantial time each year in the field, in diverse locations, maintaining his skills and increasing his expertise as a botanist and zoologist. He began learning in childhood, proceeding from insects to reptiles at a time when lizards were scientifically neglected.

In his teenage years he collected undescribed species in habitats across Queensland, collecting the first specimens of dwarf litter skink (Pygmaeascincus timlowi), island litter skink (M. sadlieri), and (with Greg Czechura) Ingram’s striped skink (Ctenotus ingrami). The island litter skink was for 25 years known only from the type specimen collected by Tim on Magnetic Island in 1974.

During visits to the Queensland museum collection after school Tim detected an undescribed gecko and later named it the chain-backed dtella (Gehyra catenata), after also observing it in woodland remnants in inland Queensland. His field information is acknowledged in many journal articles, sometimes for providing the only available ecological data about newly described species.

Tim’s interest in invertebrates is long-standing. In field surveys he has documented significant species such as the Richmond birdwing (Ornithoptera richmondia), dwarf crayfish (Tenuibranchiurus glypticus) and Mt Glorious spiny crayfish (Euastacus setosus). In reports he has assessed the vulnerability to climate change of significant montane species such as snails, Euastacus crayfish, and the Mount Lewis stag beetle (Sphaenognathus queenslandicus). He has worked as a research assistant collecting native bees, as an illustrator of undescribed insects, and wrote the entry about butterflies and moths for the Encyclopaedia of Australian Wildlife (Readers Digest). In Feral Future and the New Naturehe wrote extensively about invasive invertebrates in Australia and elsewhere.

Plants are a major interest. His projects have ranged from writing Australia’s main field guide to edible plants, to vegetation assessments for local councils to guide zoning decisions and management. He is internationally recognised as an expert on invasive plants, having written from experience about weed problems on several continents. His 20 year column in Nature Australia was mainly about plants and he has written journal articles about weed problems.

Tim often uses the travel opportunities provided by speaking engagements in Australia and elsewhere to extend his field experience. He broadened his identification skills while working at the Queensland Museum Reference Centre identifying specimens submitted by the public. 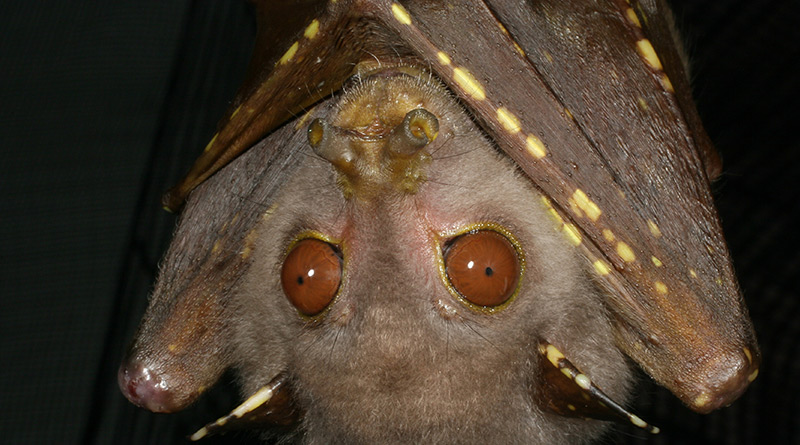 The tube-nosed bat (Nyctimene robinsoni) can be identified at night by its distinctive piercing call, and can sometimes be found by day roosting in dense rainforest foliage at a low height 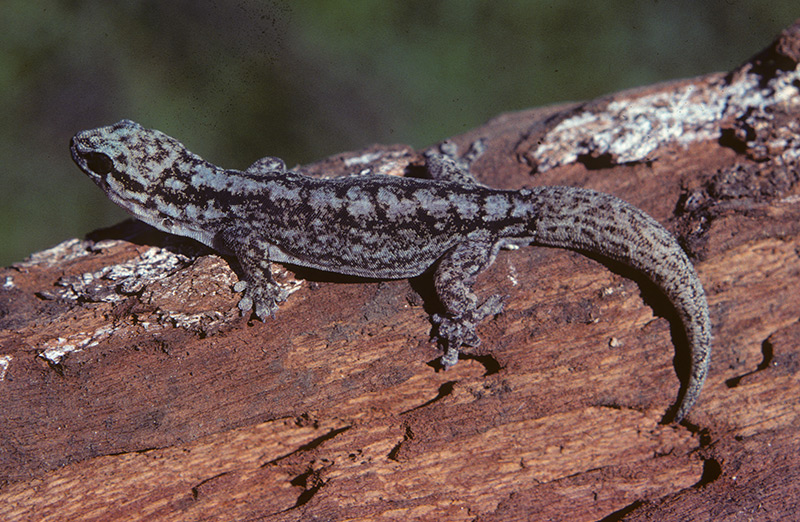 The chain-backed dtella (Gehyra catenata ), a gecko named by Tim, is widespread in the Brigalow Belt of Queensland, where it lives under the bark of dead trees. The name catenata refers to the chain-like pattern on the back.

One of the lizards discovered by Tim was named after him: the dwarf litter skink (Pygmaeascincus timlowi). Although very small it is widespread, occurring across much of Queensland. The type series included two specimens collected by Tim, one of which was subsequently found to represent an additional new species, endemic to Magnetic Island, P. sadlieri.

Purple-spotted gudgeons (Mogurnda adspersa) are now rare in the Murray-Darling system but remain common in eastern flowing catchments, even surviving in some degraded Brisbane streams. 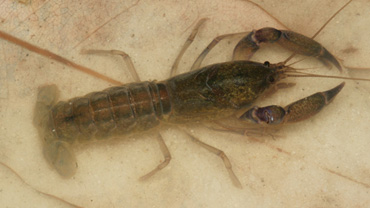 The world’s second smallest crayfish is the dwarf crayfish (Tenuibranchiurus glypticus), reaching 25 millimetres. It is listed by the IUCN as endangered. This one was found at night in a pool just west of Caloundra. 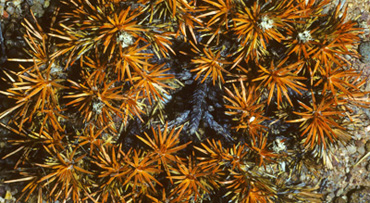 Pincushion lilies (Borya species) are resurrection plants that lose most of their moisture during droughts, reviving quickly when moistened. They have an unusual relict distribution, with a concentration of species in south-western Australia, a few in northern Australia, and one in the Grampians of western Victoria.