In his Nature Australia column Tim wrote occasionally about reptiles, including ‘To Catch a Lizard’, which noted that lizards can often be approached more closely by a person keeping one eye closed. This is the tree skink (Egernia striolata), found on rock outcrops as well as trees.

He wrote a Guardian opinion piece about invasive species.

For two years he wrote a blog, Wild Journey, for Australian Geographic magazine. These blogs remain on the AG website, though not under this tag. Features written for this magazine in the past included the cover story of the 20th anniversary issue, about Australia as a land of nectar.

One feature he wrote about the importance of dust for the colour magazine of the Weekend Australian appeared in The Best Australian Science Writing 2015 anthology published by UNSW Press.

In 2013 he helped transition Wildlife Australia magazine to a new format. He has contributed many articles to this magazine over the years, and currently provides book reviews.

He has been a columnist for the Brisbane Times, Simply Living and Nature & Health. A column he wrote for Nature Australia, the award-winning Australian Museum magazine, ran for 20 years, becoming the longest-running columnist in its 95 year history. All articles were refereed.

He has written for Australian Birdlife magazine, and its predecessor Wingspan, including an article about exudates that constitutes an extract from his bird book. He has also written for ABC Environment online and Ecos.

A selection of his magazine articles can be found here.

Hundreds of Tim’s photos have appeared in magazines, illustrating articles, especially his portraits of plants.

Tim prefers to write for environmental managers and the general public and he has not prioritised academic publishing. Recent articles focus on weed management.

Australian Acacias: Weeds of Useful Trees? Biological Invasions (2012) 14(11): 2217-27. This article documents the risks that aid agencies in Africa are taking by promoting weedy agroforestry plants. It came about after Tim was invited to attend a conference in South Africa about invasive wattles. He wrote about the article for ABC Environment and it was summarised in Ecos and Australian Geographic.

In Denial about Dangerous Aid Biological Invasions (2012) 14(11): 2235-36. On publication this article was highlighted by the journal as the pick of the issue.

Weedy Biofuels: What to Do? Current Opinion in Environmental Sustainability (2011) 3:55–59. This article reviews the options for governments to manage the weed risks posed by new biofuel crops:

“As high-volume, low-value crops with many of the attributes of weeds, biofuels present a dangerous combination of high propagule pressure and limited landholder capacity for weed management. For these reasons, the biofuels industry warrants high levels of weed precaution: the risks and costs of invasion are high and long-term while the benefits may be transient. Government regulators should assess the risk of proposed biofuel crops before research or producer investments are made and only permit the cultivation of species assessed as low-risk.”

A new species of gecko, genus Gehyra (Reptilia: Gekkonidae) from Queensland. Victorian Naturalist (1979) 96: 190-196. While in high school, Tim regularly visited the Queensland Museum after school  to study the reptile collection, within which he detected an unrecognised species of gecko which he later named.

Why are there so few weeds?  In Spafford Jacob, H., Dodd, J., & Moore, J.H. (eds) (2002) 13th Australian Weeds Conference Papers & Proceedings. Plant Protection Society of Western Australia, Perth. A paper that instead of asking the traditional question, ‘Why do some plants become weeds?’, wonders why all cultivated plants do not become weeds.

From ecology to politics: the human side of alien invasions. In McNeely, J.A. (ed.) The Great Reshuffling: Human Dimensions of Invasive Alien Species. IUCN, Gland, Switzerland and Cambridge, U.K. Paper delivered to an IUCN workshop in Cape Town. 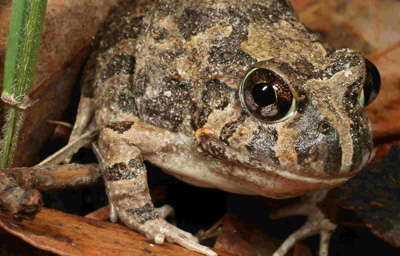 In an article about islands for Australian Geographic, Tim noted that frogs seldom occur on oceanic islands, while often inhabiting continental shelf islands. Because salt spray on their damp skin soon kills them, frogs rarely survive the voyages at sea on logs or debris required to reach oceanic islands. Large continental islands usually have frogs from a colder past when these were hills or ridges united to the mainland. The ornate burrowing frog (Opisthodon ornatus, formerly Limnodynastes ornatus) is found on several continental islands for this reason. 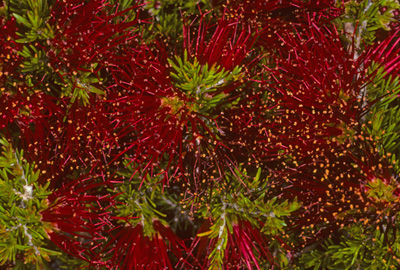 Although south-western Australia abounds in unusual plants, such as Beaufortia cyrtodonta, Charles Darwin found the vegetation around Albany dull and uninteresting. Probably because he was very homesick, Darwin continually criticised Australia, as Tim noted in an article for Australian Geographic:

“What should we think about this amazing man who chose to sneer at Australia? The biologist in me salutes Darwin for providing the core idea around which biology could grow into a major scientific discipline. Darwin gave people new ways to think about themselves, their ‘animal’ origins and their place in the world.”