The View from Java

In September I visited Java for ten days to see rainforest birds and other wildlife. Java holds special interest for anyone wanting to understand the arcane topic of how Asia and Australia exchanged birds in the past. Its conservation problems are dramatic. The first time I went there I found a dead rhinoceros.

As recently as 10,000 years ago Java, Sumatra and Borneo were part of the Asian mainland because a cooler climate lowered the sea, exposing the Sunda Shelf. Australia is much closer to mainland Asia when seas are lower, at which times the climate is drier as well as cooler, and savannah rather than rainforest may have dominated the Sunda shelf. The eastern half of Java (and its satellite island Bali) are a drier today than Borneo, Sumatra and Malaya, and it is in Java and Bali that we have the best chance of locating the birds that characterised the more open habitats of the Sunda shelf in glacial times.

The golden-headed cisticola, a cute bird with a commanding voice, is an obvious candidate. It is a recent coloniser of Australia that is common in Java and Indochina but absent from Malaysia and Borneo (except as an apparent vagrant). On Sumatra it is believed to be a recent coloniser (MacKinnon & Phillipps 1993) exploiting grassy clearings created by people. While it is possible that this small bird reached Java directly from Thailand, it is more likely that during a glacial period there were mosaics of rainforest and savannah linking Thailand to Java, providing almost continuous habitat for this small grassland bird, which was then able to reach southern Indonesia and Australia.

In their field guide to the birds of Borneo, Sumatra and Java, John Mackinnon and Karen Phillipps note that Java has about 30 species shared with mainland South East Asia that are absent from Borneo, Sumatra and often the Malay Peninsula. These are mostly birds of monsoon forest and scrubland rather than evergreen rainforest, consistent with them having enjoyed a larger distribution in Asia when the climate was drier. 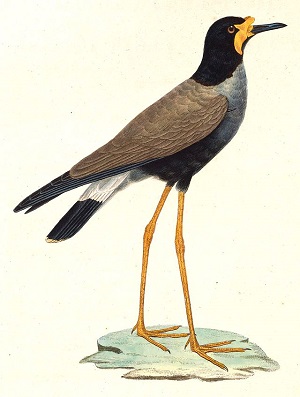 The last time I was in Java, 15 years ago, in Baluran National Park in the east, I saw green peafowl and small minivets, two birds that fit their catagory. Other birds that could have been far more widespread during a drier past include the endangered Bali starling and extinct Javan lapwing (see left). If you consider Java today there is no reason why it should have had its own lapwing (last seen in the 1940s). No other Asian lapwing had such a small distribution, confined to a single island. That distribution makes sense if we recognise that today’s sea levels, by the standards of the past two million years, are unusually high, and that for most of the recent past Java was part of a larger landmass. This lapwing probably lived along rivers whose channels are submerged today. It was a striking-looking bird and the world is poorer without it.

On this visit I was in the wetter western half of Java, and became very ill on my third day, so I did not see many birds at all. I had one day on which I hiked high up in Gede Pangrango National Park. I was pleased to see a couple of Javan trogons (split from blue-tailed trogon), and a Javan hawk-eagle that plunged into a tree just in front of me, probably to grab a squirrel. The Javan mountains contain many endemic birds, reflecting the fact that even during ice ages when temperatures drop, the montane rainforest in Java remains isolated from that in Sumatra, Borneo and West Malaysia, raising questions about when and how the forebears of montane birds such as the rufous-fronted laughingthrush and chestnut-bellied partridge colonised in the past.

I first tried to visit Gede Pangrango on a Sunday morning, but found that hundreds of Javans had the same idea. I estimate that more than a thousand people visited the national park that day, and another thousand crowded into the adjoining Cibodas Botanic Gardens. There is only one main trail in Gede Pangrango, the national park most accessible to Jakarta, so for most Javans a Sunday walk in a national park, if it happens at all, happens under crowded circumstances. I was pleased to see many young backpackers among the hikers. They camp halfway up the trail then visit the summits of Gede or Pangrango, as I did 15 years ago. I hope that among their number are Indonesia’s future environment ministers. The nation desperately needs people in government who care strongly about the last remaining wild areas, because these face so many threats, including forest burning in Sumatra, the smoke from which I could see in the mountains of Java.

Indonesia is not an easy country to travel in and I cringed at all the birds caught in the wild that I saw in small cages: babblers, bulbuls, white-eyes, sunbirds, prinias, shrikes, thrushes, mynas, tits, magpie-robins, an indigo flycatcher, leafbird, and even a drongo and hill blue flycatcher. In Cibodas I saw a long-tailed sibia, a bird that must have been trapped in Sumatra, since it is not found wild in Java. In Indonesia you see far more bird species in cages than living wild in towns and farmland. I only saw one wild bulbul in Cibodas during more than a week there, but they were easy to see in cages. 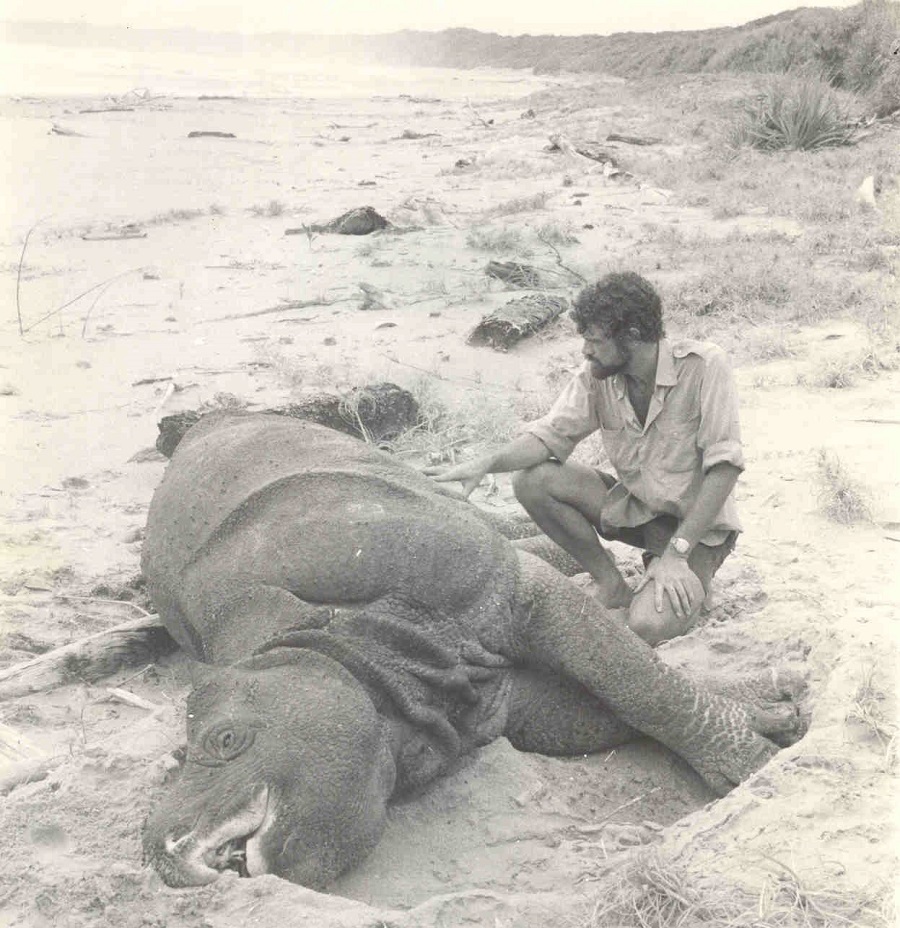 My first visit to Java, back in the 1980s, was most memorable. While hiking along a beach in Ujung Kulon National Park I came across a Javan rhinoceros dead on the beach. This proved as much a surprise to the national park rangers who were with me as it was to me. It was a female that appeared to have died of natural causes the night before. It had scraped hollows in the sand with its legs in its death throes, clearly visible in the photo. The Javan rhino is one of the world’s most endangered species, with a total population of somewhere between 35 and 55, so this rhino represented something like 2 per cent of the global population.

I returned a few days later and there was no indication that any body parts had been removed for traditional medicine. Female Javan rhinos lack horns. Elsewhere in Indonesia I have seen plenty of evidence of illegal activity in national parks. In Sulawesi some years ago I saw scores of illegal gold miners sinking shafts in a national park, and saw illegal logging, heard gunshots, and came across a hunter’s camp. Indonesia is never dull.

Semah, A. & Semah, F. (2012) The rain forest in Java through the Quaternary and its relationships with humans (adaptation, exploitation and impact on the forest) Quaternary International 249: 120-128.